The paltry offerings from Australian art critics sojourning in Italy for the 2009 Venice Biennale have been thus far the usual predictable fare – pithy putdowns for art they have no time for, offering instead a blanket refusal to engage with the subject of the art while making no attempt to parse intention from context. Such is the lot of art critics with travel budgets but lacking a real understanding of contemporary art in the big bad world. Happily, the web offers the work of Jerry Saltz, art critic for the New York Magazine whose latest column is an intelligent and thoughtful dissection of the problems – and successes – of the Biennale experience: 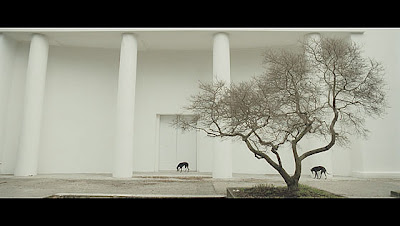 “Venice is the perfect place for a phase of art to die. No other city on earth embraces entropy quite like this magical floating mall. There are now more than 100 biennales around the world (most of them put together by the same 25 celebrity curators, drawing from the same pool of 100 or so artists); Venice is often called “the most important” of them. The main show of this year’s Venice Biennale is the work of Daniel Birnbaum, a well-respected 46-year-old Swedish critic and curator. His “Making Worlds,” held in the Palazzo delle Esposizioni delle Biennale and in the magnificent Arsenale, attains an enervating inertia of exhibitions and brings us to a terminal state of what we’ll call “the curator problem.” The show, containing the work of 90-plus artists, doesn’t offend or go off the rails. Rather, it looks pretty much the way these sorts of big international group shows and cattle calls now look; it includes the artists that these sorts of shows now include. It’s full of the reflexive conceptualism that artists everywhere now produce because other artists everywhere produce it (and because curators curate it). Almost all of this art comments on art, institutions, or modernism. Basically, curators seem to love video, text, explanations, things that are “about” something, art that references Warhol or Prince, or that makes sense; they seem to hate painting, things that don’t make sense, or that involve overt materiality, physicality, color, or strangeness…”