Last week we had a technical glitch which meant we couldn’t publish on Thursday. Our apologies to regular readers who, expecting a new update, logged in and found community notice board type announcements and press releases. It was starting to look a lot like NAVA around and here and we still feel bad.

Speaking of apologies, last week we published a clarification of facts after we received an email from the PR firm who do Art Asia Pacific’s press. Some readers suggested that our apology was a sign of weakness and that we obviously owe more people, publications and organisations a sincere admission of regret. For the record, we didn’t actually get anything wrong in terms of facts, we simply wanted to do the right thing and clarify that one publication was not made by the current team publishing the magazine. Blogs are unique in that statements and opinions live a lot longer on the web than they do in print media. It has been suggested that a convention should exist for blogs so that if, in the future, a statement of fact turns out be to be incorrect, bloggers should go back and strike out the old fact, and replace it with the new one. This is a convention that we never thought much of, but since we now have over 375 posts and are a year and a half in operation – not to mention the fact that and that The Art Life is now archived at The National Library – we have decided to adopt it. 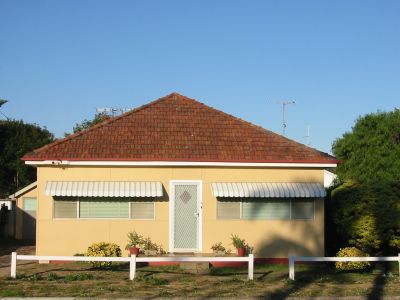 You might have noticed that we have already started using strike outs in last week’s story on the Sydney Morning Herald called Embarrassment of Riches. In our piece we said that Ewen McDonald made his living as a corporate art adviser to the art collection at Allens Arthur Robinson. We received word that this was not so and were told that McDonald is in fact the curator of the collection, that he only works part time and therefore doesn’t make “a living” doing so. We were also informed that he is a “curator, editor and writer” [the art world equivalent of actress/model/whatever] and that the law firm spends its money on buying work directly from galleries and artists and not from the secondary market and in turn supporting “indigenous and non indigenous emerging artists.” We stand shame faced and corrected. We thought that a huge law firm like Allen’s was investing in art that it would then sell on to the secondary market once that investment had matured, and we also thought that drawing a salary – even a part time one – made you some sort of an adviser to the collection. But we were wrong.

In a spirit of healing then, we have launched a new poll – do you believe we owe you an apology? If so, you might like to nominate the reason either by email or in the comments section below.

It seems like madness that we had been considering junking Comments. In the last two weeks we have seen the Comments go from a place of fear, loathing and ridicule to a safe haven for people to discuss their health issues, their careers in early 80s Post Punk bands, the status of Ricky Swallow as the source of all that’s wrong with the art world and the growing sentiment among readers to start a campaign of direct action in support of resale royalties – often all within the one comment. Someone suggested that our suggestion of such a campaign was ironic and therefore should have been printed in blue text. If you remember, we only use red when we’re being ironic and 80% grey for everything else.

We also had two new polls on the site. Last week we put up a Situation themed poll asking readers to vote on what kind of art they made. Although there was a late swell for a sculpture made of birdseed, non expressionistic conceptual documentation made a late surge. Bronze sculpture sadly was a distant last in the poll:

Is done quickly with little thought but sells well: 8% [5]

[We are still waiting for some kind of response from the Situation blog on our review of that show. We’re starting to think that like the Sydney Art Seen Society’s non-response to the lengthy articles we’ve written in the past on their activities, a response may never come. We’ll let you know. Wrong. Wait no more!]

In our poll the week before we asked readers to vote on the right word to describe the effects of too many Lambda prints. The vote was persuasive:

Too Much Photography is