The Parking Gods Have Spoken

If there has ever been any doubt in our minds as to the rightness of our cause, it is dispelled by the repeated favours of the Parking Gods. We go to Ray Hughes Gallery and there is a parking spot right outside. At the Art Gallery of NSW, there is a vacant slot just near the steps… and there is still an hour left on the meter when we go to pay. The streets are clear and we merge from one lane to the next without bother. We raise our hands to the cloudy skies and thank the cruel and vengeful deities for smiling upon us, their servants, The Art Life! Some may say our belief in such gods is a sign of insanity, but we ask you, have you ever tried parking at Christie’s in Edgecliff? There is no parking there, there is never a space, no matter what, and the auction house management clearly angered the Gods by having private off-street parking. This could not go unpunished, certainly, but it still comes as something of a shock to learn that Christie’s Australia is to close. 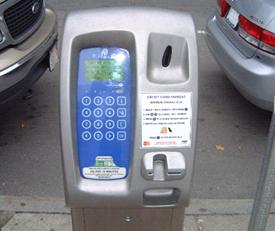 Roger McIlroy, the silk-tie wearing bon viveur and chairman of the Australian company, made an appearance on ABC Radio this morning and explained that the auction house’s parent company had decided that Australian sales, while healthy, didn’t compare to the figures from New York and London and therefore local operations would cease [rumoured to be in May after their last sale on April 10]. As to why this would happen now, following on from the recent successful WR Burge sale of Australian and international art which included a number of rare pieces by Robert Klippel which raised $5.3 million, is unclear. The company has shown a profit every year for the past 11 years and recent combined turnovers of Christie’s, Sotheby’s and Deutscher-Menzies-Lawson has been in excess of $100 million. However, this is all small potatoes compared to international figures. As The Australian noted, a recent mixed sale in London took in the equivalent of $302 million AUD and more than 30 pieces went for more than £1 million each. A record at the recent Australian sale was a Klippel piece that went for a measly $558,580. Christie’s international have claimed that resources deployed in Australia will be relocated to emerging markets such as Asia and China where auction sales regularly fetch more than a $1 million per picture.

The closure of Christie’s in Australia will hand the reaming fine art market to Sotheby’s and Deutscher-Menzies-Lawson, who will also now be under greater pressure if and when the Federal Government gets around to introducing a resale royalty. It’s interesting to note that McIlroy was last in the media claiming that a royalty to living artists [for the sale of their work at auction] would be a “bad thing” – and goes some way to explaining the real resistance to the idea in the auction houses. Although turnovers are handsome, actual profits are small. Back in 2004, Christie’s upped their buyer’s fee to nearly 20 per cent for works sold under $200,000. As Geoff Maslin explained in a piece for
The Age:

Not only is saleroom turnover hitting new heights – so are the charges the companies impose on buyers of art. Christie’s, for example, now adds almost 20 per cent to the hammer price for any artwork that gets knocked down for $200,000 or less. That is, if a collector bids $200,000 for a picture, he or she can add another $39,000 to the bill. And it is even higher with GST.

Labor’s Bob McMullan has a private member’s bill due to go before Parliament at the end of March. His proposal, based on studies of overseas systems, proposes a sliding scale of 4 per cent for sales up to $100,000 to 0.25% for sales in excess of $1 million with a maximum royalty of $25,000 per sale. McMullan is under no illusion that the Liberal’s will allow another private members bill, and it is simply designed to get Attorney-General Philip Ruddock to wake up and do something, but there’s no prize for guessing who would actually have to shoulder the burden of the royalty – the buyer. With fees and charges already at 30 per cent on top of actual hammer price, who wants to add another 4 per cent? Auction houses have done – and will continue to do – everything they can to keep their buyers even with an onerous 30 per cent.

Say No To Nothing