There Can Only Be One

Last year we vowed we would get in ahead of the game for this year’s Archibald Prize for Portraiture. We had made our frankly ridiculous claim that Jason Benjamin was a lock on the 2005 prize with his portrait of John Olsen based entirely on Benjamin’s peek-a-boo-cut-out-image style from an image on the Art Gallery of NSW’s website. We had not counted on two crucial factors: one was the massive sentimental vote for Olsen’s own self portrait and the other was the groundswell of support for Ben Quilty. Had we gone along and seen the actual paintings we were sure that we could have picked it had our heads been clear and functioning properly. This year would be different, so we went along to the unveiling of the finalists at the AGNSW last Thursday.

Ben Quilty, Cullen – Before and After.
Courtesy Art Gallery of NSW.
Actually, the event last week had little to do with the rest of the finalists and more to kick off the Gallery’s concerted media campaign with the announcement of the Packing Room Prize. We were completely confused when the prize went to Michael Mucci for his portrait of some bloke in a blue work shirt and stubbies in a laundry. We had to get someone to explain that the subject was Scott Cam who appears on Backyard Blitz. Or did. Whatever. The media scrum at the announcement were very excited as Cam already had a high recognition value among viewers in a certain demographic – presumably people who watch Nine – and got super excited when he stood next to the portrait. Photo op! The excitement quickly turned to distress, however, as the AGNSW’s speaker system malfunctioned with ear shattering bursts of interference and feedback… 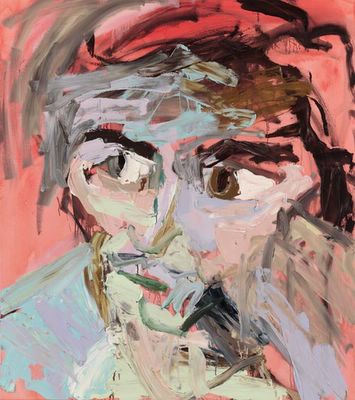 Craig Waddell, Portrait of JC.
Courtesy Art Gallery of NSW.
Little regard was shown for the rest of the Archibald finalists but we can give you a simple preview of this year’s exhibition – it’s exactly the same as last year, right down to the layout of the paintings, with many of last year’s artists in virtually the same spots on the walls. First room – drawing style paintings [featuring a not bad Craig Ruddy], second room – the perpetual also-rans [Joe Furlonger, Kerry Lester, etc] – last room – impasto acres and the smooth and shiny traditionalists. As The Esteemed Critic grudgingly admitted on Friday in the Sydney Morning Herald, there is only one serious contender for the prize and that’s Quilty’s portrait of Adam Cullen called Cullen, Before and After, a masterfully composed diptych of ice cream paint slabs and sculpted mass. We predict a Quilty win as an almost dead cert. The only thing that could stop it would be some sort of upset victory for a painting of demonstrably lesser quality – but that’s never happened before!

We are not so cynical as to claim that every year at the Archibald is a bad year, but the 2006 finalists are exceptionally drab. The only other contenders as far as we could see were McLean Edward’s portrait of Cate Blanchett and Cullen’s vampire like image of Edmund Capon. Neither are particularly great examples of either painter’s work and Edwards’s picture is just too weird to win – although it’s called Cate Blanchett and Family, Edwards has painted himself into the picture, and the actresses’s two kids as rag dolls, like he’s trying to take over the family by putting himself in the picture. The rest of the field is very dull indeed, with what at first appears to be four entries by Nicholas Harding but were actually a portrait of Joe Furlonger by Jun Chen in Harding’s style, and a couple of other impasto knife jobs trying to get in on the paint-equals-value equation. Michael Zavros has entered a self portrait called Michael Zavros Can’t Paint/The Wind Is Whistling Through The House, which is a fair enough comment on the whole exhibition. Craig Waddell’s Portrait of JC is loosey goosey, free flowing and practically flying off the wall. The strangest picture in the whole show, however, is Marcus Wills’s very odd portrait called The Paul Juraszek Monolith [After Marcus Gheeraerts] – a seething landscape of replicated Paul Juraszeks clambering over a mud head. The painting is just so outrageously unfashionable, unique and brave it should win its own award. 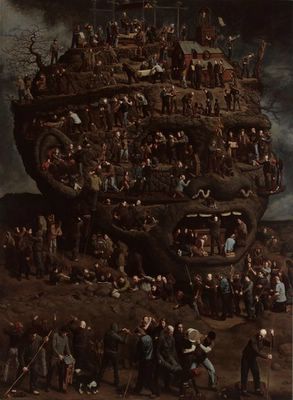 The rest of the show – the competitions for the Wynne, Sulman and Photographic Prize – weren’t open for inspection, but a perusal of the finalists makes for interesting reading. These prizes are usually far more compelling than the Archibald, actually reflecting what artists are doing rather than chancers trying to win the accursed prize. In this trio of exhibitions there is a good round up of the usual suspects – the ageless Vince Vozzo with another non-winning sculpture – and Aida Tomescu going the Ildiko Kovacs route of entering both Wynne and Sulman. John Beard is also in both, but the work of some younger artists such as Cash Brown and Monika Behrens are hung next Victor Rubin and Noel McKenna in the Sulman. So much for Mike Parr’s completely out there 2005 Sulman – it’s back to basics with the respectable artists. The list of Photographic Prize finalists is notable for the inclusion of a works by Hossein Valamanesh, Brook Andrew, Gordon Bennett and Vanila Neto. If there’s one section of this annual festival du arts that’s actuallu receptive to the work of contemporary artists, it’s the Photographic Prize. We look forward to seeing the actual work with feverish anticipation.

A Horse Walks Into A Bar