David McNeil and Zanny Begg are the curators of the exhibition on at Ivan Dougherty Gallery called Disobedience. The first thing you think when you walk in the door is that this show is ‘political’ in that it has the immediate appearance of being ‘political’. You know the drill – street posters and protests on video, altered out door advertising, videos of people being dragged along the ground by cops, paintings of Saddam done in camouflage colours, Noam Chomsky. It may be an intentional irony that right near the front door of the gallery is an enormous and very expensive plasma screen TV showing footage of a McDonald’s sign on fire, but then again, maybe it isn’t. The message is mixed; globalization + McDonalds = bad, globalization + Panasonic = good. One is a symbol of predatory American industrial capitalism, the other of televisual excellence. Take your pick.

Disobedience is many things as an exhibition and features a catalogue with four extensive essays – one each by McNeil and Begg, and one each by Illaria Vanni and Anna Munster – making claims for importance, relevance and serious intent. These virtues are never in question as evidenced by the collection of artists and art work on display but the show is exceedingly traditional and generic in the styles and approaches being used by the artists. Twenty years ago you could have seen a very similar show about nuclear disarmament, thirty years ago a show about the rights of women, forty years ago a show about the war in Vietnam. The visual styles and tropes of disobedience are heavily codified gestures awaiting enactment by each new generation. 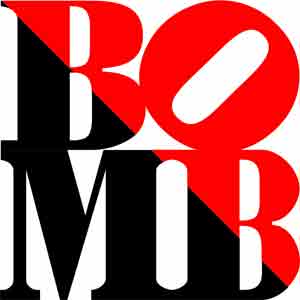 While there’s an argument that such gestures connect back to a history of resistance – a lineage of alternative history that describes Western democracies not as shining beacons of hope but as badly compromised and deeply flawed ad hoc systems of repression – the other side of the argument claims that organised resistance has become neutered by its adherence to clichéd forms. While disobedience has its gestures, the spectacle marches on. Maybe the gesture is the thing. It doesn’t matter that it’s so familiar since its enactment is a form of social empowerment. Marching down the street for whatever cause has the same effect – disruption – and who cares if it’s a cliché? Zanny Begg’s own street poster project Checkpoint – part of the Out of Gallery project in November last year – that got canned by a nervous Blacktown Council was a good example where the gesture far outweighed the work’s own artistic impact. Indeed, the work took on a much bigger role as a facilitator for action than sticking up a few posters of soldiers on walls. Had Blacktown Council just ignored it, the work would have disappeared, but by politicizing the act through heavy handed repression Begg’s work was far more provocative, leading to a frenzy of internet indignation and a show with Mori. What was the work – the posters or everything that followed? It’d be nice to think it was both.

The works in Disobedience travel along a similar trajectory, valorizing action and fetishising the visual clichés of resistance. The video with the burning McDonald’s sign was by a group called Riot Generation Video/Global TV, a documentation of May Day protests from 2004, and was so familiar it felt like a rerun of any number of similar videos or clips from the spate of recent anti-globalisation documentaries. As such, its effect was akin to wallpaper. Gordon Bennett was the man behind the Saddam Hussein paintings rendered in camo colours. Dating from 2003 they presciently predict Hussein’s slow fade from public enemy number one status to a forgotten prisoner of the American forces in Iraq. As a work of art, they were astoundingly unsubtle, but subtlety isn’t something worth worrying about here.

A work that took our fancy was a drawing using coloured pencils by Alexander Brener and Barbara Schurz that had a lovely field of flowers with the words FUCK ALL FORMS OF POLITICAL AND CULTURAL DISCRIMINATION over the top. The irony of the pretty pretty rendering with the in-your-face text worked well, but we wondered about the use of the word ‘fuck’. Do you think they meant ‘fuck’ in the sense of two consenting adults loving each other as man and wife or ‘fuck’ in a more violent way – to which we then ask, what, you mean like rape? We prefer the former idea. In the middle of the gallery’s front room was Dmitry Vilensky’s Negation of a Negation, which was pure old school political art. On one side of a wooden wall set up diagonally across the room a video projection showed happy workers in a factory intercut with people coming and going from the factory gates. Workers at work. Happy. Contented. On the other side of the wall were a pile of milk crates and a couple of video monitors showing workers on strike, guys with megaphones making speeches, and a big pile of leaflets, spray cans and other protest detritus. We don’t have to draw you a diagram.

Michael Goldberg has a work called Avatar which is a tin shed straight from Bunnings set up in the gallery. Inside are a couple of folding chairs and a video monitor. On the monitor is playback of a video of a computer generated light aircraft flying over a city. The aircraft zooms and swoops over sky scrapers and buildings and just when you think it’s going to crash [killing all the virtual passengers and destroying the building] the plane just flies straight through. Someone decided that the work may have been a little ambiguous in its intent and posted a notice outside the tin shed saying that the artist didn’t condone terrorism and that the work was instead depicting popular anxieties about aircraft being flown into buildings. Anyone who read our posts from Perth know that we are people with huge worries about being killed in a plane crash and we eye suspiciously everyone we see trying to set fire to their shoes. It’s impossible to not feel anxiety about being killed in a terrorist attack and although the odds are allegedly on our side, we sometimes, as we fall asleep, have flash backs to that night when The West Wing was interrupted for a live cross to New York just in time to see the second plane hit the South Tower. 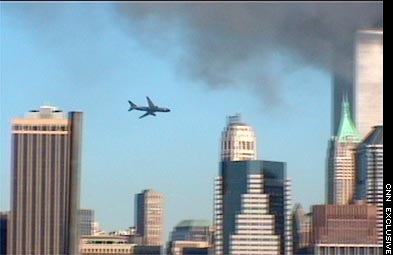 Please make sure your seat is in the upright position…

The thing about Goldberg’s work that is most effective – and perhaps most disappointing – is that there’s no pay off. It’s just an endless loop of anxiety building up and then ebbing away, no destruction, no death, just droning on an on inside the little tin shed. We can’t figure out why the work was in a tin shed and imagined it has the same properties as a black box, but then again it probably doesn’t. In a perverse way, the refusal of the artist to depict a moment of annihilation effectively describes the dematerialised nature of popular fear – there’s no special effect to describe the endless up and down and no depiction of death ever accurately renders the dread anticipation of it happening. Perhaps alone in the exhibition, Goldberg’s work has a unique resonance.

An Elephant Is A Horse