Some things are worth saying more than once – if you want The Art Life to do something, you only need to ask and we’ll do everything in our power to make it happen. We’re here to help. That’s our job. If you want us to come to your show, send us an email. If you’d like us to make a personal appearances, send us an airline ticket and we’re on our way. If you’d like us to add your site to our list of websites, we can do that too. Sure, you’re saying, I can send The Art Life an email, or leave a comment in the comments section, but what sort of tone should I use? Should I, for example, adopt a slightly mocking tone or perhaps an ironic in-on-the-joke approach? How about phrasing a request as a command – as Alan Cruickshank, editor of Adelaide art quarterly Broadsheet, did recently when he wrote:

Just noticed two things—that you are participating in Artists Week and you DO NOT have a link to Broadsheet magazine under ART MEDIA. Can the latter be rectified? And I will meet whoever you are at IDEA TO OBJECT—Broadsheet has a launch at the Art Gallery of SA Monday 5 March—to be launched by Berlin curator and writer Astrid Mania—if you are in town on this Monday please come—and make yourself known.

Ahem. Another approach is to write to us and compliment The Art Life while simultaneously putting a little sting in the tail. Andrew Nemeth wrote in after we mentioned that the Art Life has 2,000 visitors a week [as opposed to actual hits]. Apparently Nemeth is a photographer who runs his own site answering all those pesky questions about Leica cameras:

You people are hopelessly insouciant dilettantes. I get over three times that [many hits] to my Leica FAQ. Without trying. Nevermind – keep up the good work. Always an interesting & amusing read. I particularly enjoy printing it out and using it to line the bottom of my canary’s cage. (Er, this is _not_ an attack. But rather a good-natured cheerio!)

As the anchor cultural event for Singapore 2006: Global City World of Opportunities, SB2006 will show art and artists representing different cultures and identities, creating dialogues and telling stories with diverse expressions. It will focus on a multitude of related issues such as: relationships between the local and the global; the North and South as demarcated by the tropical belt; and, technologies vis-à-vis human endeavours. Through such issues the biennale hopes to consider and reflect upon the differences of ideology, belief and trust in today’s world. 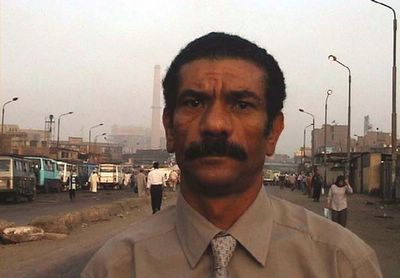 The Biennale of Sydney 2006: Zones of Contact recently announced the line up of Australian artists featured in what is becoming known as “the biennale without a theme biennale.” Among the several dozen artists from distant and exotic locations, the line up of Australians is both small and perplexing – Julie Gogh, Ruark Lewis, Tom Nicholson, Rose Nolan, Savanhdary Vongpoothorn and Imants Tillers. We open the discussion to readers to see if they can figure out a commonality between these artists aside from the fact that at least three of them use text in their art. It sure is a stumper – it must have something to do with those zones being in contact. The Adelaide Biennale of Australian Art, by way of contrast, is full of Australians and includes a diverse range of artists whose names will be familiar to you from other similar exhibitions in other state galleries or possibly from advertisements in art magazines. It’s a very respectable line up. At the risk of sounding a bit like Peter Hill, we use as illustrative examples a partial list of familiar names: Brook Andrew, James Angus, Janet Burchill & Jennifer McCamley, Debra Dawes, Domenico De Clario, A.D.S. Donaldson, Shane Haseman, Raafat Ishak, Narelle Jubelin, Vanila Netto, John Nixon, Robert Owen, Scott Redford, Jacky Redgate, Robert Rooney, David Rosetzky, Daniel von Sturmer and Anne Wallace. We should also add that we are not prejudging the exhibition before we’ve even seen it. As was mentioned above, we’re going to be in Adelaide next week and as per the terms of our generous contract with the Adelaide Festival and Artist’s Week, we shall be reporting on everything we do and see there. Please stand by.

We Are [The Physical Act of Love]