Recent Art Life emails, comments and other correspondences have represented a very wide readership, ranging from Christians doing good work to artists embarking on shameless self promotion. We have also recently received this comment from someone who calls themselves Give-A-Shit:

To all Art Life readers and those who care… Please be aware that the Tuesday after Easter – 16th April at 6.30pm – is the ARTSPACE ANNUAL GENERAL MEETING. Be at Woolloomooloo to be part of it. Pay up your Artspace membership and vote or be voted in. There are two Board positions up for grabs… including Brad Buckley‘s. Given the recent staff changes at Artspace and the new funding, this is a meeting that art lovers cannot afford to miss. Nominations for board positions can only be made by paid up financial members of Artspace ( membership costs almost nothing). The nominee must also be a member and the nomination must be seconded by a member. Voting can be made by proxy but nomination forms must be received no later that 6pm on Tuesday 16th at Artspace. Just come along and be part of the action. (They normally have refreshments. 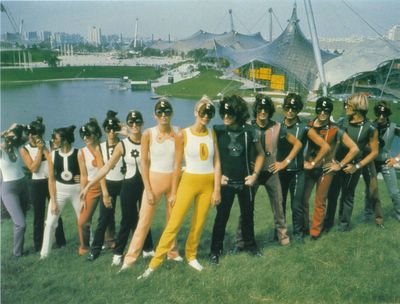 Frank Le Petit, the man behind ParisSydneyTokyo , writes to us to let us know that super cool Hong Kong publishers IDN published a book of his work in late 2005 and it’s now available in Sydney [and presumably Paris and Tokyo as well].

For many years most of you have been supporting my work and some of you had the opportunity to see it in exhibitions or installations I have done in Sydney, Paris, Tokyo or other places. Thank you so much for your support.

Almost two years ago I have been given a “carte Blanche” by Hong Kong based publisher IdN to make a book about my photography… I took this opportunity not only to introduce my work but also to invite five other photographers from five different countries and with a similar photographic approach to be part of this book…. it is now done!

After a book launch in Singapore and Paris at the end of 2005, my book is now available for sale in Australia. You will find it pretty much everywhere and especially from Kinokuniya [Sydney CBD, galleries Victoria] and Ariel booksellers [42 Oxford St Paddington Sydney]. For those who cannot have access to those bookshops or live in a remote area, it is also available for sale online from IdN website, with a FREE postage for Australian residents I hope you will enjoy it.

Mitch from Adelaide wrote to us with an open invitation:

Hey, my names mitch, and I make clothing here in adelaide… i do a bit of art as well and i thought you might want to do a little write up on me if you want… i’d really appreciate it.

We’re not certain how a blog about the Sydney art world can help a bloke with his own shop in Adelaide but we’re more than happy to give it a go. We’re also throwing open the opportunity for readers to contribute a review/write up on Silent Clothing. The best piece will win some sort of prize.

A reader wondered if the editor of Art Almanac Jan McCulloch was related to “The Big Cheese”, aka Susan McCulloch, author, journalist and the editor/co-writer of the forthcoming third edition of The Encyclopedia of Australian Art. Scheduled for release in November, the EAA is the greatest bluffer’s guide to Australian art ever written – whether you’re a gallerist too busy to do your own research, a student trying to find out where Ivan Durant’s cow was shot or an arts journo needing to fill up some space, it’s all in there. The book, a shelf-threatening, door-stopping tome of massive proportions contains thousands of entries, bios on artists, essays on movements, galleries, magazines and more. Editing such a behemoth demands what job ads describe as “attention to detail”, but it still amazes us that we received an email from Susan McCulloch clearing up the “cheese” question:

To answer one of the queries in a comment in recent art life about Art Almanac’s splendid Jan McCulloch…… We art informational publishing/ writing McCulloch’s – as in Jan and Susan – and sometimes our publications do often get confused …or interchanged or believed to be the same or run by the same person or people. This would make us very very very very busy instead of just very very very busy. But in fact we are totally separate, no relation to each other, work from different cities, and have only met each other a couple of times but have much mutual respect. As well as our last names being the same we have these similarities – we both work with our daughters in our own art publishing businesses – we (and our daughters) all share something of a relentlessly independent streak in slogging on producing detailed informational texts on Australian art, and for reminding people of this at any given opportunity – As in the ongoing merits of Art Almanac and that our McCulloch’s Encyclopedia of Australian Art, 2006 which is now in final stages of production will be hitting the shelves later in the year; all 1200 or so pages of it with its 6000 or so entries and 600-700 pix. Oh and also – a disclaimer… Neither of us I believe (we certainly aren’t) in any way related to yet another McCulloch – the Melbourne gallery called the McCulloch Gallery… I for one have never met this bloke, or been in to the gallery. So that’s us McC’s sorted.

That might have the McC’s sorted but it doesn’t answer the most pressing question, the one thing everyone in the Australian art world wants to know – is Ken Done in the next edition? He’s a well known artist, he has works in national collections and he won’t stop complaining about not being in the last edition. For the love of god, we pleaded, tell us that he is! McCulloch was evasive with only a comment of “wait and see”. So we shall.

On a related note to comments, some readers have asked why they have been banned from commenting even before they have ever commented. The problem is that certain people who have been banned are very persistent, so we’ve had to widen the ISP sweep further and further. This has created some collateral banning for innocent bystanders. We ask readers to email us their ISP address and we’ll do what we can to sort it out. Other readers have asked us why we have banned some people at all – this, they say, is meant to be a free forum for the exchange of views and opinions. For those who have come in late, we determined with the help of a reader vote last year a completely idiosyncratic guideline for who gets to leave a comment. Essentially, we reserve the right to edit and delete comments and, if the mood takes us, ban people. You can always write to us to appeal our whimsical decisions and we’ll probably reinstate you if you agree to play nice.

Finally, a reader asks if The Art Life could help out with some research. Kim S is searching for anyone who has copies of The Bernadette Corporation’s Get Rid of Yourself and Guerilla TV’s 9/11 Redux. If anyone can help out, email us and we’ll pass on the info. Further to our link to Matthew Barney and Bjork’s new work, we have been directed to the latest artist movie, Terry Zwigoff’s Art School Confidential. Please to enjoy!