Isn’t always the way – things you expected would have changed are exactly the same, but there’s a whole bunch of little things that are completely different. The Art Life office, shuttered and silent this last month, is again open for business while we try to chase away the holiday house smell. The bougainvillea is in full flower, there has been refreshing rain and Mark Latham is to appear on Dancing With The Stars. Australia – isn’t it great!

The sad part of being away is that you miss a whole lot of excitement. Some things happened that were just so amazing, had we been here we’re not sure how we would have reacted. Take for instance for the Margarita Georgiadis show that just closed at Maree Mizon Gallery. Someone suggested in the comments that Georgiadis’s work had more than a passing resemblance to paintings by McLean Edwards. We thought, yeah, there’s a superficial similarity in the way the two artists collage images together, but when we plucked the invitation to the just closed show from our huge pile of unopened art world mail and had a gander at the main image of a little kid with a toy car, some text a la The William Holden Show… well, let’s just say were completely flabbergasted.

Some things that were supposed to happen didn’t happen at all, and that’s more confusing. Miss Hannah Furmage sent out an email last week regarding the no show of her latest performance piece – to wit:

I regret to inform you that my show The Fighting Song that was planned for this Saturday 29 October at GrantPirrie Gallery has been cancelled due to liability concerns. Please look out for its future reincarnation at a different venue.

We are indeed looking forward to it. We were told by a very enthusiastic fan that the work was to have been a staged punch up in the Redfern gallery at the opening of another artist’s show and whole frisson between fakery, reality and crime in the streets chic was very appealing. With this cancellation, the imbroglio over the “is it smack or what?” at her First Draft exhibition and the actual punch up at Artspace, Furmage is becoming a one woman punk band – always getting banned, cancelled and always quote unquote controversial! 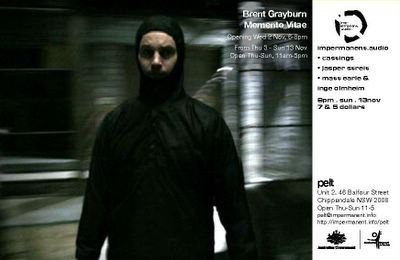 While we were in the UK we were told that we should look up Barry Keldoulis, the gallerist whose big new gallery space is one of the best things happening at the Danks Street art complex. A couple of Gallery Barry Keldoulis artists were showing at a gallery in London and the invitation was promising. Sadly, that week we were in Italy and couldn’t make it but we had our reservations anyway – last time we saw Keldoulis [who has the reputation of being one of the nicest guys in the art world] he accused us of eating all his pizza! We’ve never been near his extra thick pizza supreme and he was claiming we’d elbowed our way ahead of him and got extra slices…what’s the deal there? Anyway, back in Sydney, GBK has a couple of Australian artists on show who live in London – a photographic installation by Joanna Callaghan called Empty and new multiples and drawings by Deej Fabyc. In the big space is The Labyrinth & Food+Poison, new paintings by Richard Dunn. Keldoulis is inviting all Art Life readers to come to the gallery on Saturday November 5 from 3 to 6pm for the opening. Just don’t eat all the canapés… 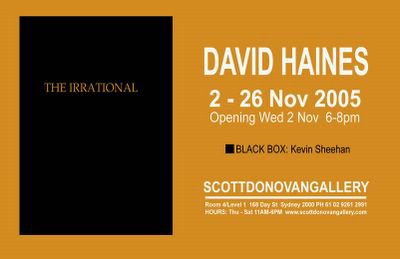 Speaking of Dunn, we feature a link to his web site on the right. We invite all artists with a site or blog to send us the link and we’ll put it up, no questions asked [or, at least, just a few questions if it’s confusing or features string art]. We were approached via email to put up a link to the show Heaven On Earth, a three part extravaganza at Hazlehurst Gallery. The exhibition is described thusly:

Visions of Acadia is one of three exhibitions over three years under the Heaven on Earth banner, each of which will explore the terrain of worldly idealism. It covers a period in Australia’s history from the full flush of late colonial and early federation optimism, a time of high expectations and indeed of great achievements, to the beginning of a new world order precipitated by World War II. It is a period when a growing nationalist fervour made it possible for workers, squatters and capitalists alike to imagine Australia as a potential paradise. Even if we are less hopeful in the twenty-first century, perhaps we still need to have Arcadian dreams and where better to explore them than in ‘God’s own Country’.

The site also includes a blog. The blog’s comments are so far pretty light, so if you’re looking for a virtual home where you can discuss any old thought that just happens to cross your mind, post it there. Just kidding – the Heaven on Earth blog comments are there to provide feedback on the blog’s content, itself a truly radical idea. We’ve had for months now a link to The Art Forum. It’s a moderated discussion board provided for people who want to discuss art free from uncouth types spoiling the fun. It’s hardly used and just waiting to be colonised. Speaking of blogs, Ella Barclay and Vicki Papageorgopoulosis have a blog called Shut Up And Follow Me. Barclay is spending a few years in Edinburgh doing her MFA and writes on the Scottish art school/art scene experience while Papageorgopoulosis updates items of interest from Sydney. We’ve had the link on this page for a couple of months now and it just keeps getting better and better. Highly recommended.

Our visit to the Frieze Art Fair two weeks ago generated a lot of new links to the web sites of professional art magazines [also at right]. The magazines had stalls set up at Frieze to presumably promote themselves but instead just reinforced your preconceptions of what the magazines we already like. Art Forum, for example, were extremely standoffish and although they had a huge mountain of magazines piled up around their booth, you had to buy them – no freebies. NO FREEBIES.

Meanwhile, Art + Auction, the Australian Art Collector knock off started by former AAC publisher Ben Crawford [and who is now head honcho at the company responsible for Modern Painters, ArtReview and A+A], were desperate to make new friends. Not only did they give away free copies of their mag, they also gave away three month subscriptions as well. Among the better sites by magazines is the V&A Magazine site and the German Text Zur Kunst. The people behind Art Asia Pacific had a booth at Frieze as well and when we saw them we regretted some of what we’ve said about them here in the past – Yankee cultural imperialists? Nah, they looked like nice people. One of the best magazines we discovered was not at Frieze but tucked away on the bottom shelf of the bookshop at Tate Modern. The Quarterly Ephemera is a literary and arts journal that takes more than a little of its inspiration from McSweeny’s Quarterly Concern, which can’t be a bad thing. It’s a tiny, pocket sized magazine which features the most fantastically obscure letters imaginable, for example:

SIRS – The British countryside has suffered an acute sort of literary embarrassment over the past 75 years. After the excessive bucolic joy of the Romantics, the strong pastoral medium of George Eliot and the heavy – albeit divergent – rural symbolism of Hardy and Lawrence, the non-urban landscape has to a large extent become the butt of literary jokes – especially for the novelist. From Stella Gibbons – who openly mocked the works of Lawrence and Mary Webb – through to Compton Mackenzie, the repertoire of stock comic country figures became firmly ingrained in the national psyche…

Finally, we asked, where are you going to have your retrospective and the vote is in:

My Retrospective Will be held at

Late update: The rumour mill has been churning overtime with excited talk of Vasili Kaliman‘s move from his lower Paddington Cecil Street space up the hill to the newly vacated Gitte Weiss gallery. The talk was that Kaliman had paid $3 million for the entire building. Intrigued we got in touch with Kaliman and asked if the rumours were true, did he really pay $3 million, and if so, when was he moving in? “Yes, I have bought it,” he told us. “But I can’t reveal the amount. I take possession of the building in two weeks and will open for business next March after doing some renovations.” 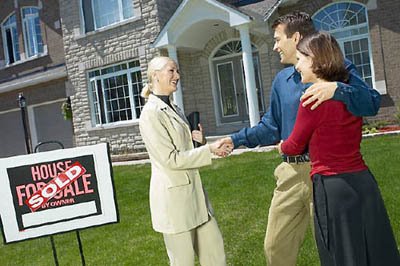 “The red jacket is for closers!”

We asked if Kaliman had any worries about losing passing traffic from the Oxley/Australian Galleries/Kaliman triangle, a mystery zone that gives visitors to lower Paddington a mix of aesthetic thrills and varied alcohol options on those rare occasions when gallery openings coincide? “I don’t think I’ll lose any clients or foot traffic at all,” he says. “The Sutherland St space is very well known within the art world, and I’d bet that since the early 1970s, more artists, collectors, etc. have gone through that space than any other commercial gallery in Australia. My new gallery will only about 5 minutes away, and the parking is great, the street is picturesque and I think it’s definitely still on the circuit.”

Does this mean Kaliman will be entering that very special group of gallerists with two spaces? “I have no interest in running two spaces, one set of overheads is enough,” says Kaliman. “This gallery in Cecil St will close, and I will not be using the current Room 35 at Weiss’s as a second space. My program will be focused solely on the large space at Sutherland St and the downstairs area which will be an immense stockroom and viewing area.” Any plans to pass on the current space to another gallery/gallerist? “I do hope another gallery takes this space over in Cecil Street. I know there are a few gallerists interested.”

Hanging Out To Dry