Sylvania Waters is one of those select few television programs that became a bona fide cultural phenomenon. It had an impact more significant than anything that can be simply conferred via hype, clever advertising or sensational content. It is well remembered, its cast of personalities, its locations and conflicts are the stuff of urban legend. Sylvania Waters remains an archaeological layer in the public memory of the Shire, of Sydney and indeed, of the whole country. 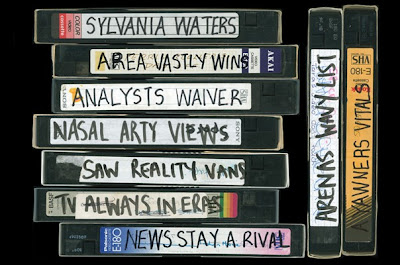 It’s odd recalling the impact it had in the light of what followed. Sylvania Waters is sometimes retrospectively referred to as “reality television”. When you think of what “reality television” now means – those competition-based shows where the only element of the production that could loosely be called “reality” is the unscripted dialogue – Sylvania Waters was a far more traditional proposition; it was a documentary.

The show’s appeal – and its enduring legacy – was based on its unblushing portrayal of a segment of Australian society that had, until that time, never been seen on television – those upwardly mobile Aussies who were making money while living the good life with views of the water – an apparently gauche lifestyle aspiration that would become the national ideal during the coming decade.

The fragmented nature of the Donaher/Baker family – its de facto relationships, the complicated emotional expectations of would-be step fathers and new children, estranged sons and daughters, the next generation and their partners – and those always-pressing questions of middle class life like HSC results, overseas trips and what to do for Christmas day – all of this made for a startling TV program that created something exotic from the mundane.

What made it all the more remarkable was that Sylvania Waters wasn’t scripted. Yes, it was edited, and narrated, and it had a narrative arc shaped and tweaked by its producers and directors where true reality has no shape, no arc – but still, Noeline and Laurie and Paul and Dione and Michael and all the rest were real people – not the creation of writers. This was the undeniable reality of this particular TV. 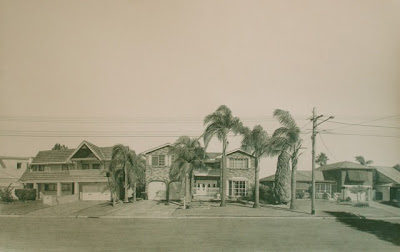 The shock of recognition, that identification with the real, is emblematic of the whole Sylvania Waters phenomena. As Daniel Mudie Cunningham explains in his excellent Reality Check catalogue essay, in the early 90s the TV show was the subject of ridicule by a media horrified that something so crass could be held up, not just as entertainment, but something that was representative of the entire country as the show screened in the UK as a reality-based companion piece to Neighbours and Home & Away.

It was only later, when shows like Kath & Kim or the movie The Castle became hits that we started to relax and accept that this seemingly distorted televisual mirror was a lot closer to home that we could recognise at the time. How could we have known back in 1992 that the Donaher’s were part of a class that were heirs to a glittering future, the decade of power and influence that would transform the entire country into a Sylvania Waters facsimile. How quaint and silly that media outrage seems now.

The works in Reality Check deal with the complexity of identification between the mediated experience and that thing we call real life – a complicated emotional transaction between people who are only known to us as images, apparently with agency and emotion and free will, just like us, but also provocative abstractions of ideas and ideals that are shared notions of identity, both personal and public, local and national. This back and forth is a fertile, imaginative ground for the creation of art.

An edited version of an opening talk by The Art Life for Reality Check: Watching Sylvania Waters, at Hazelhurst Regional Gallery until November 29.

Six and a Half Questions | Laith McGregor