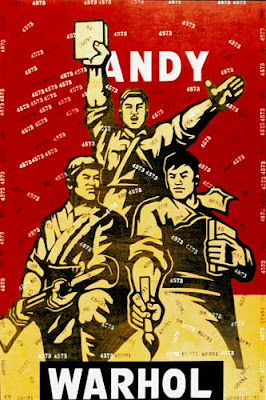 “When Clement Greenberg developed his canonical account of American-style painting, he identified Jackson Pollock and the other Abstract Expressionists as heirs to early twentieth-century French modernism. China has very distinguished modernists, the great Wu Guangzhong, who was born in 1919, is still painting, but their concerns are too distant for them to play any role in [Karen] Smith’s history. Her avant-garde artists borrow from the West, but it is impossible to map their development onto the history of our artistic development. China really is another world. Mao, the most important political figure, is not easy for Westerners to understand, for though his responsibility for great disasters is acknowledged, he is much admired. Xu Bing, a victim of the Cultural Revolution, still expresses “a strong Maoist art philosophy that art should derive from routine life and should serve the people” […]

“Nine Lives focuses on artists who mostly remained in China, figures whose careers Smith has followed at a first hand. And so it deserves to be supplemented with her account of Ai Weiwei, who spent the 1980s in New York City. Living there “his response to his own personal experience was to deny China—his roots, his culture and the value system that had been imposed upon him”. But since he returned to Beijing in 1993, and, taking a major role there in serving to inspire Herzog & de Meuron’s planning for the 2008 Olympics, clearly now he is part of the story.