Everyone wants to get paid. That’s the bottom line of making and selling art in the Australian art world. If you’re not interested in the vicissitudes of representation, of dealers, of markets and sales, if you’re only interested in making art for yourself or for the ages untroubled by fashion and external pressures of needing to make a living from what you do – that’s fine. But for anyone else who wants to make a living from their work, getting paid shouldn’t be too much to expect.

The circulation of money in the Australian art market tends to make some people jealous of other people’s commercial success. The talk – and God know’s there so much of it – is that artist’s who make money are undeserving, untalented, middle of the road and maybe even sell outs. Well, that’s just the usual art world talk that you hear – and in some cases maybe its even true – but the very fact of being comercially successful should not in itself be a reason to damn someone. If you can separate hype from talent, a financially successful art career is one of the best things that an artist can ask for – to be self supporting in what you do, beholden to no funding body – and their expectations that you should do a certain kind of art to get a certain amount of money – free to express yourself. 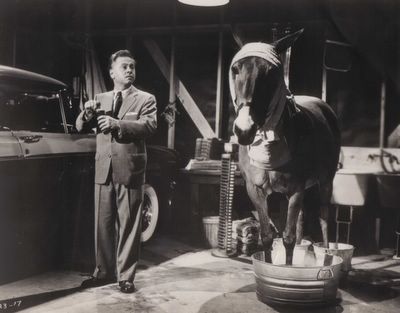 On July 5, the Sydney Morning Herald ran an article by Alexa Moses called Embarrassment of Riches. The article was, to say the least, a little confused and posited the arguments that a) there’s a lot more money in the art world than there used to be, b) some artists aren’t sharing in the dividends and c) it’s middle of the road art that’s the most popular. What was confusing was not that any of those statements are untrue, it was just that the tone of the article reflected bitter art world bullshit more accurately than any other recent article. It also left out perhaps the most important part of the argument. Wrote Moses:

Over the past decade, the contemporary art market in Australia has exploded, and it’s not only corporations who are buying. An art market analyst, Michael Reid, says 1.3 per cent of the population were buying art 10 years ago – now roughly 5 per cent are purchasing.

Buying art can go hand in hand with art appreciation but can also be motivated by aspiration, prestige, home renovations and decorating.

While a burgeoning market can be an enormously positive thing, in that it encourages diversity in the art market and introduces Australians to art, the dollars do not necessarily trickle down to the majority of artists, especially riskier, less-marketable artists. Visual art needs the corporate dollar; it also needs the secondary [market] dollar, as well as investment, sponsorship and media attention. But critics say that with the influence of these forces comes the threat of contemporary art being dumbed down.

The assumption that art money “trickles down’ is an unnerving reminder of Reagan-era Voodoo Economics and the concept that money being spent at the top of a market will make its way down to the grass roots. The truth has always been that money stays where it is spent unless its being reinvested elsewhere. Money going into the primary or secondary art markets goes to gallery owners, their employees and to artists, and usually in that order.

Moses turned to the recent visit of of New York critic Dore Ashton for the claim that contemporary visual art has been “dumbed down” for a mass audience. Although there were no actual examples given, the claim is also made that “art is a commodity for which one is sold a ticket.” Unless you can afford to buy art, that is exactly what art is for the punters – a Sunday afternoon at the gallery, the cover price of a magazine or a subscription fee for Ovation. Looking for some back up to these claims, Moses quoted Ewen McDonald, the curator of the corporate law firm collection at Allens Arthur Robinson.

McDonald, believes he even saw a slide at the usually cutting-edge Venice Biennale, which he attended last month.

“Venice was almost too much like an art fair; it’s almost subsumed by the commodity,” he says. “A lot of the art looked like it had come from dealer galleries. Usually the two curated exhibitions beside the thing [main exhibition] are stronger or more chaotic, but they were tamer.”

Were we alone in thinking this is the very definition of the pot calling the kettle black? Here is a corporate art adviser art adviser to a corporate collection lamenting the fact that, in his opinion, the Venice Biennale is not cutting edge anymore.

The auction houses don’t “set” prices anymore than real estate agents “set” house prices. Auction sale estimates are just that – estimates of what the auction houses think the market is willing to pay. It may be that Moffatt and Henson and all the others have [comparatively] high prices but an auction house couldn’t “set” a high price on an unpopular artist. The punters just wouldn’t fork out big money for something that isn’t backed up by precedent or desirability.

Britain is in the process of introducing the royalty, while Canada, the United States and Asian countries do not legislate this right. The Australian Government is considering the royalty. The resale royalty, which is sworkre between 3 and 5 per cent of the work’s sale price, is an attempt to allow artists to have a share in the increased value of their own work. It lasts while a work is in copyright, so the artist and their heirs benefit.

The rest of the article ropes in more dubious quotes from McDonald [“I see artists and farmers and miners as primary producers,” McDonald says. “I think there’s a drought in the cultural sector. No one wants to support the arts and artists don’t get subsidies.”], Nick Vickers from the Sir Hermann Black Gallery at the University of Sydney [to lamet conservatism in art buyers taste and the possible closure of the gallery] and Felicity Fenner makes an appearance to lament the conservative nature of the secondary market [“The art market is subject to fashion,” she says. “Yes, there is good art and bad art, but I’m more cynical. Good work doesn’t always come through in the art market and the less interesting work gets through because it’s fashionable.”] Zuza Zochowski, an artist [and, it turns out, editorial assistant at Art Almanac], who rounds off the article with tales of her struggle to make art financially viable.

It’s true that mainstream tastes are conservative and it’d would be a travesty if the abolition of student union fees meant the end of University galleries, but these are separate issues from the main thrust of the article. If artists want to benefit from the money that is coming into the secondary market, then they should get behind the resale royalty proposal.

There is no real reason that auction houses should introduce resale royalty – there is no binding legal reason to do so. But resale royalty is a moral rights issue and there is a raft of precedent here and overseas for just such a levy. European auction houses already pay the royalty and in Australia Lawson Menzies has put together a fund for Indigenous artists who had not benefited from the profit being made from their art. It’s interesting to note that the auction market in this country only really started to kick off in the mid 1990s after the NSW State Government changed the law that prohibited them from charging both a buyers and a sellers fee – they charge from both ends of a sale. Once this was in place, it meant that Christie’s and Sotheby’s could start to do serious business in Sydney and ramp up their take from the city’s well-heeled art buyers.

The question that artists need to ask themselves is whether they want to be in the market at all? Do they want to make big money if their talent and luck converge and they get to live in New York and build their dream houses in Noosa? Or do they want to live on Government mandated hand outs for non commercial work? These are fair questions that acknowledge the reality of the market – that there is a living to be made but it has to be based on a equitable arrangement. Organisations such as the Sydney Art Seen Society and their campaign to set a standard fee for artists participation in public museum shows has come to a halt because the Federal Government, the museums and public galleries don’t see it as a priority. The auction houses are instead a very soft, vulnerable target. They make a lot of money from the work of a lot of artists and at the moment almost none of it is going back into the pockets of artists. If you really want to see a “trickle down” get behind resale royalty – but that would probably mean campaigning for someone else’s ability to make money. And that’s not what the art world is all about.