What people don’t understand is that you are a passionate about art. Sure, when you were younger you let your head go for some fashionable nonsense but that was just a passing phase. Pretty quickly you realised that the immutable truths of art are ageless. Fashion comes and goes and when the tide of the supposedly “new” thing recedes, what is left are the solid foundations that have guided art throughout time – beauty, truth, insight and skill. Together these things are what make art so vitally important to our culture. Without them art is just fizz and pop with no resonance, no importance or substance. Art must stand apart from fashion, from the world of the flip and the throwaway. It must connect to the serious philosophical impact that only it can carry. The sad part is, so few people understand what all this means, how terribly important it really is, and quite frankly, how typical. 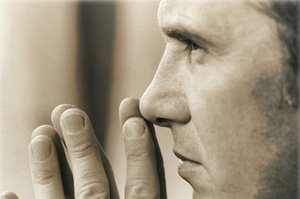 People have written you off as a reactionary but that is wide of the mark. In truth, you have no opposition to anything that is genuinely new. But that’s the problem. Nothing is truly new. It’s just a rehash of something that’s been done before, and not done very well, and people without your experience applaud it for all the wrong reasons. When you try to point out the precedents for this so-called “new thing” the peanut gallery drowns you out with brute cat calls and idiotic attacks. And really, how typical. People do not want to hear the truth. You have been around for awhile and have seen a bit in your time, so it would be reasonable to assume that you might have something interesting to say, some insight to offer. But people aren’t interested in having their ideas challenged by real experience.

Over time it has become increasingly obvious that people such as yourself are in the minority. People with a rational, logical and reasoned response are few and it would seem on your days of greatest despair that the things you know to be true are being lost to a world of ignorance. You need only look around in your beloved art world to see that money is being wasted on exhibitions of negligible artistic worth, on grants to artists who are simply rehashing 100 year old ideas or given to “artist run” galleries who don’t even know how to hang or light a painting properly. And let’s be honest here, how typical. If people actually took the time to learn about art in art schools that actually taught art history then there might be some genuine progress and there might be something truly new. But the state of art schools is just another appalling and depressing symptom of the malaise. The people who come out of these places call themselves ‘artists’ but whatever it is they are making it doesn’t look much like art. The odds are, given all the hundreds of graduates popping out of these arts schools every year, that there would be one talented, genuine artist among them, but there aren’t any – they’re getting the life squeezed out of them before they even get a chance. It’s like a factory farm. It’d be funny if it weren’t all so sad and so, so bloody typical.

How many times can you go around and around the same ideas and feign even the slightest interest? It’s the reason you stopped going to galleries. You might pick up the occasional art magazine but you just as quickly put it down again. What can anyone possibly tell you that you’ve not already seen written by someone with far more knowledge, intelligence and insight than the latest crop of no-hopers? The answer is nothing. If the art is derivative then so is the writing. The pictures are even worse. It’s like a personal insult that these people are so deluded as to think that any of this is new, or interesting, or worth anything, and that someone like yourself could just so easily tell them if they were even in the slightest bit interested in listening . But they aren’t, and you know, painfully,how typical.