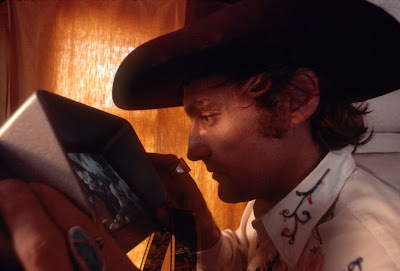 The Australian Centre for the Moving Image (ACMI) present Focus on Hopper’s America, a film season examining a period of rapid social and political change in the United States and the parallel artistic transformation in which Dennis Hopper played a key role.

The program coincides with Dennis Hopper and the New Hollywood, a major exhibition at ACMI which looks at a formative era for film and art in America through Dennis Hopper’s life and work.

The corresponding film program is a complex archaeology of interlocking films, designed as a series of cinematic experiences that also provides a contextual backdrop to the exhibition.

“We’ve curated this season to be a stand-alone investigation into an enormously creative period in America and the powerful social and political change that shaped its art and its artists,” said ACMI Film Programmer, Kristy Matheson.

“It also enhances the experience of exhibition goers by allowing them to further appreciate the environment, the artistic influences and the works of one of Hollywood’s greatest and most controversial exports.”

Presented in three parts, Focus on Hopper’s America, is a program of rare and rarely seen works of new restorations, including features, documentaries and shorts (some staring, directed or produced by the man himself) that includes four Australian Premiere’s, three of which are direct from Cannes International Film Festival 2009.