Some things we get right and some things we get wrong. A couple of weeks back when we reviewed Lionel Bawden’s show Dark Matter at GrantPirrie we stated that dark matter was a theoretical form of matter devised by cosmologists to explain a number of curious visible phenomena such as gravitational lensing and the rotation speeds of galaxies. Well, it turns out dark matter actually exists. It’s our pleasure to set the record straight. 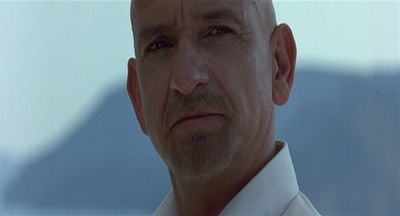 One of our readers named Jason, meanwhile, took umbrage with a passing comment we made in reference to those artists stuck in an ARI holding pattern well past the point of seemliness:

“Middle-aged could have beens’? .. Obviously written by a 20-something wanna be… such petty sniping is just too immature… Believe it or not one day you’ll be over 30 so show some respect!”

We’ll have to wait and see what life is like on the other side of 30 and then we’ll get back to you on that one. A couple of other loose usages riled up our readers. We made the claim that Pia Larsen’s work on show at Damien Minton Gallery was “meditative and calming.” Fulnito was annoyed at our inaccurate usage of the word “meditative”:

“I would like to join the bitching by expressing my frustration at the use of the word “meditative” in reviews or artist’s statements. In my understanding there are two possibilities in terms of what might be meant by referring to a work as meditative; it induces a meditative state in the viewer or the artist has crystallized a meditative state in the work, (these obviously can be related). So you’re either talking about an affect on the viewer or the process that created the work, but the work itself is not meditative.”

This is a good point and we’re glad it has been raised. Of course, what we meant to say was that the work provokes a sense of meditative contemplation in the viewer; the work itself is not meditative per se, it being a construction in metal and having no feelings of its own.

Speaking of feelings, some feathers were ruffled by our review of Shelf Life at MOP. Our basic take on the show was this – good work; nice install; pity about the curatorial concept. We knew that the curator Dr. Daniel Mudie Cunningham wouldn’t have been too thrilled with that assessment, but it turned out that we had made a couple of errors when we first posted the piece and he wrote to point out our shortcomings:

“Hi Art Life, thanks for the review! Just out of curiosity, did you review the exhibition or the catalogue? Samantha Edwards work in the show was photographic and didn’t literally sit on shelves in the gallery. Drew Bickford‘s work in the show was the sculpture of the baby pickled in a jar. The work he submitted in the catalogue was a watercolour. I’m happy to be buried under a mountain of bullshit, as long as you actually see the fucking show. PS. It’s Millner not Miller.”

Indeed, we made these errors and we made them for reasons too banal and mundane to go into. However, after Dr. Cunningham had posted his understandably pissed off reply, we made changes to the text to correct the record. Samantha Edwards threw in her two cents worth as well:

“My work is photo documentary and was not contrived or constructed in any way on a shelf for this exhibition. I notice I am now removed from any mention of this exhibition… Dear reviewers get your facts right before you make a review. Be informed. The lack of thought which has gone into your critique says more about you than us! I’m proud and happy to have been part of such a wonderful diverse collection of work. Go Daniel!”

For the record, Edwards takes photographs of things on shelves and should not be – as we did – confused with the work of Sarah Goffman, who puts things on shelves, for real. Edwards is also right in observing that making such mistakes says something about us – to wit – we make mistakes. Sorry about that.

Another artist Kurt Schranzer is in Shelf Life but we omitted to mention this fact in the review. We have now retrospectively reinserted these two names into the original post for the sake of completeness. Mr. Esa Jaske of the Esa Jaske Gallery writes to us:

“Hello Team AL, With regard to the Shelf Life exhibition at MOP – you might be interested in the following: The two works of Kurt Schranzer’s at the MOP show (sorry about the anuses, I remember you’ve had a problem with them in Kurt’s work in the past) will be part of our 3 year anniversary exhibitions celebrations in his solo show Le cul mécaniquesize Have a look at the images of the works (& a comprehensive essay of the works) at Kurt Shranzer. Regards, Esa Jaske”

And there we have the heart of the issue – mechanical anuses.