It’s hard to imagine why anyone with discerning musical taste wouldn’t like reggae. It’s from reggae that most contemporary music has grown. Its influence on the roots of hip hop and electronica is well documented and the culture of DJ music wouldn’t be what it is without the pioneering efforts of Jamaican sound systems. At heart reggae is a roots music that, like country and folk, comes from an aesthetic of making do, of creating a culture that has direct reference to immediate, personal experience. But unlike most other musical genres reggae is also music of resistance, rebellion and righteousness with a firm grasp on its authenticity. Now, when you say – I like reggae – it’s not the same thing as saying – I like all reggae. Like most musical genres the populist end of reggae is what we like to call “cruise liner music” – the sort of crap that gets played at holiday resorts, on Lite FM, or by a thousand useless and derivative cover bands from parts of the world that seem to have little connection or reference to the culture that gave birth to it. So when we say, we love reggae, what we mean is: we love the good stuff. 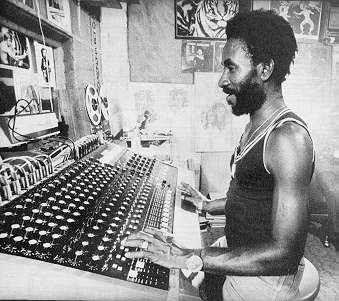 And so it is when we talk about contemporary art.

As some readers have noted, our attentions have been elsewhere fighting the good fight in the pages of daily newspapers and on TV, arguing the case for contemporary art. It never really occurred to us that there is such a deeply held and incomprehensible animosity among the general population toward contemporary art. They feel that they are being tricked or lied to, asked to sign up to a belief system antithetical to their world view of a just and proper recognition of virtue and skill. Contemporary art is bullshit, they say, and how dare you try to change our minds. We’ve seen your so-called “art” and we don’t like it, don’t want and don’t you dare to condescendingly try to “explain” it to us.

For those people “out there” who write their letters to the papers, saying you like contemporary art is the same as saying you like everything, and without qualification.

Mrs. Woman of The North Shore writes in to tell us that “conceptualism is dead” and the spokesmen for tradition and quality are the true “heroes”. We’re not sure how we were duped into thinking otherwise. Maybe it was something they put in the water at art school? Somehow we ended up thinking that when it’s good, contemporary art is no different from any other sort of art, that in fact it actually celebrates the same values as non-contemporary art [whatever that is], but that it does it in different ways. Oops, there we go being condescending. We just can’t help it.

TEAM Art Life have been trained in torture survival by running this blog these last four and three quarter years. The techniques of torture are familiar – disdain, vitriol, snippy sarcasm, abuse – and are the op ed equivalent of water boarding, sleep deprivation and playing AM radio 24/7. It’s amazing what you can get used to.

On August 25 we go into production of Art Life Series 2, a three part series on [oh no!] contemporary art in Australia. We had thought of doing a prequel to Series 1 and explain how all your favourite characters got their superpowers. We’d also thought of a spin-off series called Adam’s Neighbourhood, a dramatised version of Adam Cullen’s travails starring Ben Mendelssohn as Cullen. Due to availability problems and the fact that Cullen’s life is already so dramatic it’d be like doing another version of Underbelly, we decided instead to stick to what we almost know and do a new series featuring new artists while asking a question – what is an artist? No more big themes, no more stylish production values quoting The Matrix, just a nice ‘n’ simple exploration of a big idea. The Art Life 2 is currently scheduled for screening early in 2009 and while the making will probably take us away from the blog for a few weeks, we’ll be back.