What not to do

“Hou Hanru’s 2007 Istanbul Biennial was a notoriously unwieldy affair. “Not Only Possible But Also Necessary: Optimism in a Time of Global War” assembled an unprecedented number of artists in multiple venues (two of them unreachable except via taxi), under an equally inflated curatorial thesis inspired by Empire, Michael Hardt and Antonio Negri’s weighty examination of the contemporary world order. The four-member, all-female curatorial collective behind this year’s Biennial, the Zagreb-based What, How and For Whom (WHW), have clearly taken Hou’s version as a model of what not to do. 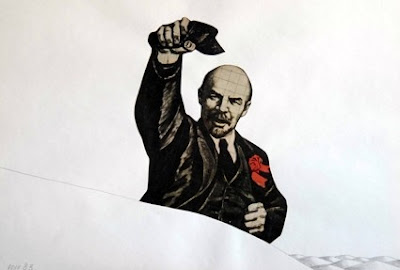 “What Keeps Mankind Alive?” is a line in Bertolt Brecht’s 1928 cabaret-musical The Threepenny Opera. WHW summon the Marxist playwright Brecht as a general symbol of their own declared commitment to “a full-fledged political program that is also completely aesthetic.” Then, they relegate him to the catalog to do what they do best: curate. A comparatively smaller number of artworks are organized according to two main curatorial premises as simple as they are effective. A selection of adroit (but not immediately familiar) works from the 1970s through the 1990s provide historical grounding, while artists scattered across the Biennial’s three sites act as binding agents for the exhibition as a whole.

“Viewing a selection of artists at all three venues—the waterfront customs depot Antrepo; a former tobacco warehouse in the historically European quarter of Galata; and an old Greek school which shut down in the 1980s for lack of students—surpasses a sense of mere déjà vu. Artists KP Brehmer and Vyacheslav Akhunov recur from last time, and themselves combine into a curatorial thesis in and of themselves, one which reiterates WHW’s catalog call for the “politicization of culture” in the face of the “culturalization of politics,” yet doesn’t stiffen into a specific art historical narrative. At Antrepo, the Tashkent-based Akhunov’s “Leniniana” series of collages (1977–1982) bury Lenin, his followers, and an imposing metropolis in heavy snowbanks. Up to their knees in snow, but nonetheless pursuing their revolutionizing goals, the characters’ actions are rendered both futile and entrenched in a classical, genre vocabulary. At the tobacco warehouse, a square meter pedestal is covered in open matchboxes that house tiny reproductions of nearly two decades of Akhunov’s often satirical collages and sketches: a miniature rebuttal to the grandiosity of the propagandistic imagery the artist so often manipulates…”

Walking the 11th Istanbul Biennial (With or Without Video), Art In America.