GrantPirrie’s current show
Brainstorms: momentary psychological disturbances is a peculiar animal. It’s another in the trend for curated shows in commercial galleries that feature artists not “with” the gallery but selected by a curator – in this case GP’s Clare Lewis and James Steele. It’s interesting to speculate just why this phenomenon is so widespread – it’s not as though public galleries and museums aren’t bursting with curated exhibitions, and artist run spaces regularly alternate between group shows and curated themed exhibitions. Whatever the reason, if the majority of private gallery group shows were curated with as much thought and intelligence as Brainstorms, the art world would be a much better place.

We did say, however, that the show is a peculiar animal. Perhaps eccentric would be a better way of putting it. Here’s what the catalogue has to say about how the varied range of work in the show – by Kate Cotching, Eleanor Avery, Chris Bond, Léa Donnan, Zina Kaye, Adam Norton and Sam Smith – are linked:

In 1970, Alvin Toffler coined the term ‘Future Shock’ which became popularly understood as ‘a condition of insecurity, distress and disorientation in individuals and entire societies, brought on by the inability to cope with rapid societal and technological change’. Thirty-five years later, as we continue to endure the increasingly refined barrage of mass media and the dehumanising manipulations of information technologies, one wonders what the cumulative effect of so many years of ‘shock’ might be? Although of course most of us lead relatively normal lives, there remains an underlying sense of terminal velocity. We are no longer ‘shocked’ by the undemocratic tendencies of government, the continuing erosion of moral values or even the absolute integration of capitalist ideologies into our everyday existence.

While the works on display in Brainstorms: momentary psychological disturbances have not been produced explicitly with protest in mind, our inherent state of inertia invites a level of critical artistic intervention which stands subtly against the grain. It has been suggested that our cultural climate bears distinct resemblances to the classical Baroque period. Whereas historically the Baroque figured the human dwarfed by the abundant splendour of God’s work, we are dwarfed by the raw immensity of our own. The hyper-abundant overproduction of our ‘Neobaroque’ stems from the denial of its unstable foundations, bereft of all meaning.

The basic thesis of Toffler’s book was that from the vantage point of the early 70s, the human race was about to face a massive change through the profound influence of ‘future’ technologies. The “shock” part of the future would be the effects of that technology on our ability to adjust emotionally, psychologically and socially. Although Toffler’s visionary sampling of predictions of life in the early 21st century have mostly come to pass, the ‘shock’ of the new hasn’t really arrived. Instead of fractured Western societies divided between the technologically rich and poor, commercial markets have evolved into niche markets that recognise the survival of a brand is dependent on its widespread availability and acceptance. You may be comparatively poor but you live in a house with a PC and a widescreen TV, you read the web and you buy entertainment on mass. More significantly, instead of an alienation effect brought on by technology, we have embraced it.

Artist’s responses to the contemporary world of the early 21st century seem to be more in line with the Arts and Crafts movement of the late 19th century, the Pre-Raphaelite’s and the Art Nouveau artists who rejected modernity in favour of a poetic, personal response to their creativity, foregrounding subjectivity. Most younger artists working now have rejected the polished surfaces of Post Modernism in favour of an eclectic mixture of conceptualism and craft. In a world that is so Baroque, it’s curious that its individual components are so minimal. The closer you get to the fractal detail of what individual artists do, you find that the madly crenellated edges of the Baroque fall away, and instead of the ever-receding recreation of the larger scale, the individual components of single artists practice are a lot simpler. Instead of being bereft of meaning, art is profoundly imbued with the artist’s personal world view and their approaches to materials. 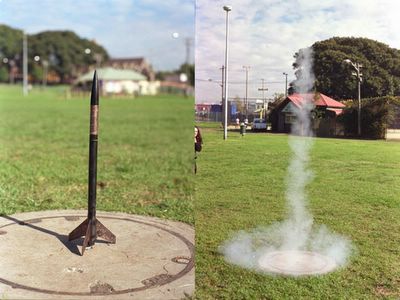 The works in Brainstorms: momentary psychological disturbances bear out this hypothesis. Kate Cotching makes brain numbingly complex and detailed paper cut outs coloured with ink. Some pieces are single words in speech bubbles extracted from the 2D world of paper and cast into a heap from which the gallery visitor must extract their meaning. Another work piles different landscapes one on top of another into a spider web of delicately balanced parts. The craft element of Cotching’s work is matched by the porn derived collages of Léa Donnan. Mandalas created by mirroring and repetition using vellum and textiles seem to be the absolute epitome of a low tech response to the mass bandwidth of web flesh.

Eleanor Avery’s combination of painting practice and sculpture remind us a little of the work of Melbourne painter Sally Ross, exhibiting the same intensity of detail and dedication to creating exact surfaces out of unlikely materials. Whereas Ross is a painter who uses delicately woven gestures from pens and paints to build up an image, Avery’s 2D works use solid areas of ‘texture’ (fake wood grains, solid colours) to create a story book world that’s like a meeting between an Ikea how-to manual and Dick Bruna for adults. Avery’s sculptures are even more intensely ‘crafty’, building bridges and ladders from a range of unlikely materials mixing up scale, intention and result. It’s heady stuff.

Chris Bond’s painted book covers again reinforce the return of craft to contemporary art. Pasting on a new hand-painted cover to a real book, Bond’s book works are apparently meant to be taken one hundred per cent seriously. Although he puts his own name on the covers and the titles suggest some ironic readings (Anatomy of Failure by CP Bond, A Measure of Chaos by Chris Bond) these are not (apparently) intended. The sheer detail of Bond’s magic act is mesmerizing, recreating tiny crumples and folds, fractures and bends in what appear to be a classic 60s paperbacks but which are in fact fake. Bond goes further out with his series of works under the name Edith Mayfield, a fictional avant garde Australian artist from the turn of the 20th century that Bond has invented as an alter ego to create works that are both real and imagined simultaneously.

Adam Norton’s nostalgia for nuclear armageddon is unnerving. According to the catalogue Norton’s lead radiation suit “reignites the issue” of bomb paranoia but looked to us to be more a heart warming reminder of our childhoods when we waited every afternoon for an all out nuclear strike. Impractical and implausible, the suit, along with a suit case of “homespun” items, doesn’t really tackle past generations ideas of the future but rather reinterprets them for the iPod generation who seek texture over Apple white or Sony black..

Sam Smith’s video installation Big Small World is the finished piece recently previewed in the Turning Tricks show at First Draft. Benefiting from a more sympathetic viewing environment and expanded to include sections shot in Japan, Smith has honed his video work into something that looks startlingly like contemporary art. The narrative sci-fi elements are still there but they have been significantly toned down and in their place is a quirky notion of materials and space. Using video technology to play with scale, Smith acts out a series of vignettes which finds the artist bouncing around in shots set up to foreground the spatial relationships between solids (roof tops, blocks of wood, streetscapes etc) but which also describes their ultimate fakeness.

One of our favourite pieces in Brainstorms is two photos by Zina Kaye called The Agents All-Black: Rocket Event from 1996. The artist describes the work:

I built a black shiny rocket with a small solid fuel engine. I asked a group of artists to dress up in black and arm themselves with cameras. We met in the park behind my studio at Central Station. I let off the rocket and we all photographed it an each other. The rocket came down with a parachute. I picked it up and we left the area.

The two photographs, the only evidence of the performance, are a sublime meeting of an idea and its dissolution . We love its Rocky and Bullwinkle ‘secret agent’ theme and its nostalgia is beguiling. The photos abound with rich and suggestive readings but the most successful part for us is that it is evidence that artists use technology for their own ends. A secret performance in a public place that is ephemeral and quickly forgotten reinforces an entirely personal version of the space race. The world may be a cruel and unforgiving place, but artists make their own place in it.

Welcome to the Jungle