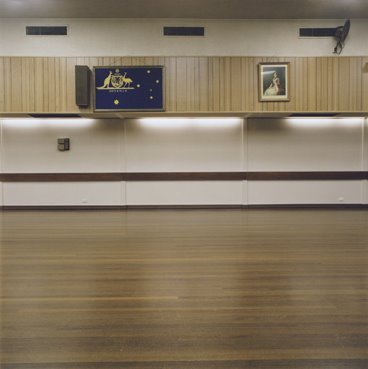 Benison Kilby’s RSLs form part of an ongoing documentation of the interiors of RSL clubs in and around Sydney. Interested in the apparent ordinariness of the suburbs and the way that the ordinary or mundane seems to highlight the ‘dailyness’ of existence, Kilby’s work depicts sites that are outmoded; empty dining rooms, auditoriums and bars. The imperfection and passé décor of my images allegorises the passage of time. The sense of redundancy and general neglect of this locus could be seen as a metaphor for the temporality of all life and human relations.

Kilby is concerned with the social realities of the urban fabric, spaces that are actually lived in and are socially created. Her work focuses on the repressed, neglected and forgotten spaces of the urban topos, spaces soon to be renovated and redeveloped, betraying the fact that post-industrial society produces obsolescence and redundancy as part of its continual demand for the new. 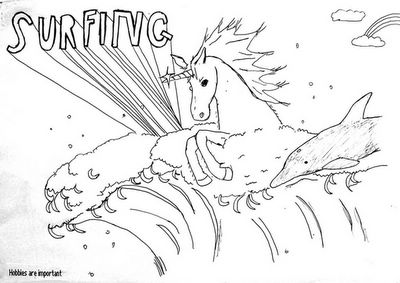 Bethany J. Fellows – Beasts of Prey and other Deadly Creatures

Beasts of Prey and other Deadly Creatures is an adventure in the awkward line. Directly following on from her previous body of work entitled Pretty Unicorn Series, these new drawing encourage the nervous tension between the artist, the work, and the viewer.”

Bethany: Just what you need to revive yourself from the workday routine. Since
1983.

In a time when our immediate visual culture is dominated by heavily mediated and manipulated images, Seconhand Truths by Stephanie Hicks explores a relationship between photography, drawing, reality and imagination.

As Hicks describes: “In his article ‘Simulacra and Simulations’, Jean Baudrillard discusses the idea that rather than providing a fantstical alternative to reality, places such as Disneyworld merely distract us from the fact that “reality” has largely disappeared beyond the boundaries of the themepark:

“Disneyland is presented as imaginary in order to make us believe the rest is real, when in fact all of Los Angeles and the America surrounding it are no longer real, but of the order of the hyperreal and of simulation.”

Flipping between reality TV programs, advertisements and the news, what do we accept as real? How much do we allow ourselves to be controlled in a world which feels increasingly out of control?

WHOLESALE THERAPY IS THE SECOND COLLABORATION AT MOP PROJECTS BETWEEN CULLEN AND BROWN.

THIS INSTALLATION RIDES ON THE HEELS OF A COLLABORATIVE PERFORMANCE AT THE MCA IN DECEMBER 05 WHICH INVESTIGATED CURRENT SEDITION LAWS IN THE FORM OF A BOMB MAKING DEMONSTRATION.

WHOLESALE THERAPY CONSISTS OF EDITIONED WORKS AND SMALL SCALE INDIVIDUAL PIECES INSTALLED IN SUCH A WAY AS TO DRAW ATTENTION TO THE NON-COMMERCIAL ENVIRONMENT OF THE ARTIST RUN SPACE WHILE ACKNOWLEDGING THE NEED FOR COMMERCIAL VIABILITY IN ORDER TO ENSURE ON GOING PROJECTS.

IT ALSO EXERCISES THEIR MUTUAL INTEREST IN MULTIPLES, SERIES AND ALLREADYMADE ART OBJECTS WHICH RESONATE THROUGH THEIR MULTIPLICITY.

OVER THE PAST TWO YEARS, CULLEN AND BROWN HAVE PRODUCED MANY SMALL WORKS WHICH WILL INTEREST COLLECTORS FOR THEIR SUBSCRIPTIVE STYLE AND INTIMATE SCALE. 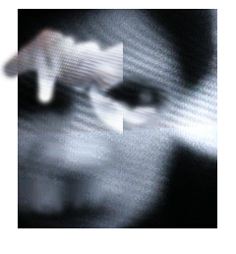 This reworking of MOP’s project space places you in the secretive world of the photo booth or the hidden room. It’s a strange claustrophobic world, a kind of heaven for the narcissist, like a guest bathroom with an immense mirror. It’s a private space of instant gratification and voyeurism where we may begin to ask who’s (looking at) who? in a world of “otherness”. 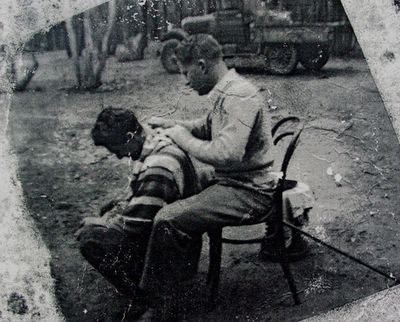 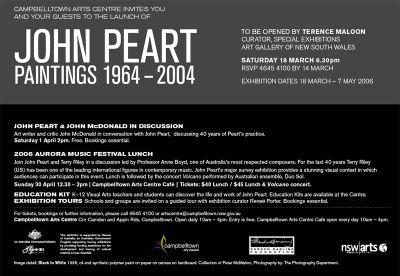 2006 Aurora Music Festival Lunch – Join John Peart and Terry Riley in a discussion led by Professor Anne Boyd, one of Australia’s most respected composers. For the last 40 years Terry Riley has been one of the leading international figures in contemporary music. John Peart’s survey exhibition provides a stunning visual context in which audiences can participate in this event. Lunch is followed by the concert Volcano performed by Australian ensemble Duo Sol. Sunday April 20, 12.30-2pm. Campbelltown Arts Centre Cafe, Tickets $40, $45 lunch and concert. Bookings 02 4645 4100.

A Whole Lot of Art All At Once

Me And You Movie Tickets