Although the tickets for the opening night of the Melbourne Art Fair were $125 – almost affordable considering the general fabulousness on offer [and possible tax deductibility] – we had decided not to go because of the other associated costs such as accommodation, food, booze, travel in Melbourne, air fairs and so on. We had resigned ourselves to the idea that we’d spend the next week in Sydney pretty much alone with the local art world taking on the same general appearance it has in early January –deserted streets, closed galleries, hold-overs in the public museums. Our mood began to descend into a general slough of despond until, walking along Glenmore Road in Paddington, we ran into Art Gallery of NSW curator Wayne Tunnicliffe [who is now sporting a very long bushy beard much like the ones favoured by bush rangers – it’s the new fashion among curators, apparently…]. Tunnicliffe enquired as to our plans for Melbourne and we explained all our reasons for not going. That’s strange, he said, because the MAF is saying you are going and in fact have sent you a special invitation. We had no idea what he was talking about until he pointed out that we actually had the special gilt edged envelope in our very hands. We opened the envelope – a piece of paper folded and fastened by a gold seal with the impression of a lion on it – and saw that the whole of TEAM Art Life were invited. We thanked Tunnicliffe and hailed a taxi to take us to the airport, and quick! 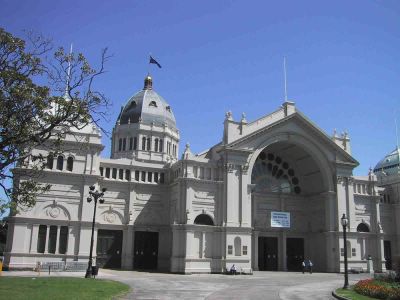 MAF is staged every two years at the World Heritage-listed Royal Exhibition Building and is one of just two late nineteenth century Victorian Fauna Exposition sites remaining intact in the world today. Originally designed to house and exhibit exotic species of land penguin found only in the Melbourne area, the magnificent building still retains some features of its original function including special chutes on which fish would slide down into the eager and waiting gullets of chattering penguins – although now the system is mainly used for delivering canapés. Melbourne Art Fair 2006 is the most dynamic event to date, featuring over 80 national and international galleries from Australia, New Zealand, South Korea, Japan, China, Germany and the Netherlands. The Melbourne Art Fair program, in addition to the exhibitions, features a national and international Collector’s Program, public lectures, curated exhibitions, including Project Rooms and feature installation, art publications, Private Lounge, guided tours, tailored travel and accommodation packages and associated parties and events. Melbourne Art Fair programs enhance the livelihood and profile of contemporary visual artists, with 60-65% of all event sales returned to living artists.

The building – situated in the Carlton Gardens and adjacent to the Melbourne Museum – has two tiers [upstairs and downstairs] which are hotly contested by galleries visiting from around Australia. Upstairs is not air conditioned, which can lead to punishing conditions, but the upper tier does allow for great views of the crowds thronging below. Our arrival at the opening of MIAF at 6pm sharp coincided with the delivery of mountains of ice cream cake which was handed out to the crowds, most of whom accepted the confection with raucous good humour. Among the crowd we spotted many art world celebrities including Guy Benfield, John Young, Stuart Koop, Lily Hibberd, Ted Colless, Bill Nutall, Charles Nodrum, Marcus Westbury, Anna Schwartz, Alexie Glass, Debra Halpern, Jane Scott, Tony Elwood, Max Delany, Jason Smith, Charlotte Day, Samantha Compte, Naomi Cass, Daniel Palmer, Penelope Aitken, Suzanne Davies, Ruth Bain, Maudie Palmer, Helen Gory, James Mollison, Robert Nelson, Robyn McKenzie, Francis Lindsay, Charles Green, Bala Starr, Clare Stewart, Sue Cramer, Sally Ross, Adrian Martin, Sunday Reid, Lesley Always, Patricia Piccinini, Ricky Swallow, John Nixon, Guy Abrahams and a whole lot of other Melbourne people we know but couldn’t remember their names and just about everyone from the Sydney art world as well, which, incredibly, also included the dog we used to own when we were 7 years old, a bittsa named Lady, who was hit and killed by a car one day after we had forgotten to close the side gate. 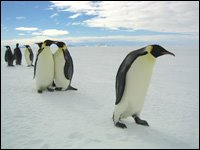 Where are the canapes?

The opening night is called “the vernissage” and MAF had a sponsorship deal with SAAB, the company that makes very safe and attractive motorcars and futuristic jet fighters with four wings. MAF really have their act together with their sponsorship deals – SAAB had provided luxury bumper cars for the evening. It was quite a sight to see the glitzerrati of the Australian art world doing laps of the Royal Exhibition Building, observing all the art on offer in the various stands, all laughing in good spirits, acknowledging each other cars with friendly waves. After the second or third time around the concourse we had to get out of our car since, what with all the champagne and cake and the incessant hooting of horns from the cavalcade of bumper cars, we were starting to feel a bit sick. We stopped at the Astrid Weller Gallery [stand a60] which is one of Melbourne’s leading new contemporary art galleries. We were a bit surprised to see that for the MAF Weller had chosen to exhibit new work by Gunter Christmann, only instead of the usual figures outlined and hung “upside down” [feet at the top, heads at the bottom] the paintings were in fact exhibited really upside down, which is to say, the heads were at the top with the feet at the bottom. A snooty gallery assistant dressed entirely in black with a fierce pony tail and a radio headset [so she could keep in touch with the stock room at all times], sniffed when we asked why the Christmann’s were all the wrong way up. You must be mistaken she said, Christmann paintings have never been exhibited the wrong way up, it is you who are mistaken.

Things looked like they might have been about to turn ugly when we pointed out that the artist is know for his ‘upside down works’ but we never finished the conversation because the official opening of the MAF was announced with a blare of trumpets and millions of rose petals released from the roof. The lights went down and a spot light shone on the entranceway revealing two white ponies trotting in. Riding the dazzling beasts were Juliana Engberg and Ash Keating, completely naked except for garlands in their hair, tossing chocolate money to the dignitaries. The crowd erupted into applause and cheers as Keating cut the official ribbon and a dozen white doves were released. In the middle of all this we spotted Wayne Tunnicliffe, only his beard was gone now, and it turned out the beard was actually a fake and he’d been wearing it to avoid Mary Lou Pavlovic who was apparently after him some reason. But doesn’t she live down here? Tunnicliffe ignored the question and wondered if we were going to the Alternative Melbourne Art Fair being staged in the Melbourne Zoo? We’d never heard of it but pretended we did. Great, he said, you’ll have to come along for the opening later tonight. 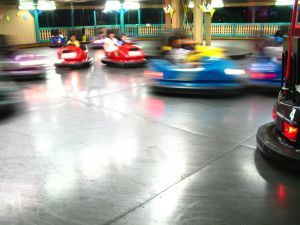 Seeing art has never been this much fun!

Just then the doors of the Royal Exhibition Hall were slammed shut and the house lights went up. An announcement over the PA system asked everyone to leave via the emergency exits and would everyone please be ready to be searched and questioned by security staff. Confusion broke out as we lined up for the exits. People kept their drinks and some started smoking cigars. Peter Hill was just in front of us in the line and we asked him what the hell was going on. Apparently Stephen Feneley’s dead body had been found in one of the VIP rooms, a sheet of Gould Gallery letter head paper stuffed in his mouth and an NGA letter opener in the small of his back. Police are baffled, claimed Hill.

Drinking With The Other Sun